Are paid subscriptions the future of social media?

With the rise of paid subscription platforms like OnlyFans, Patreon, etc. will the new remuneration trend change? 🤔 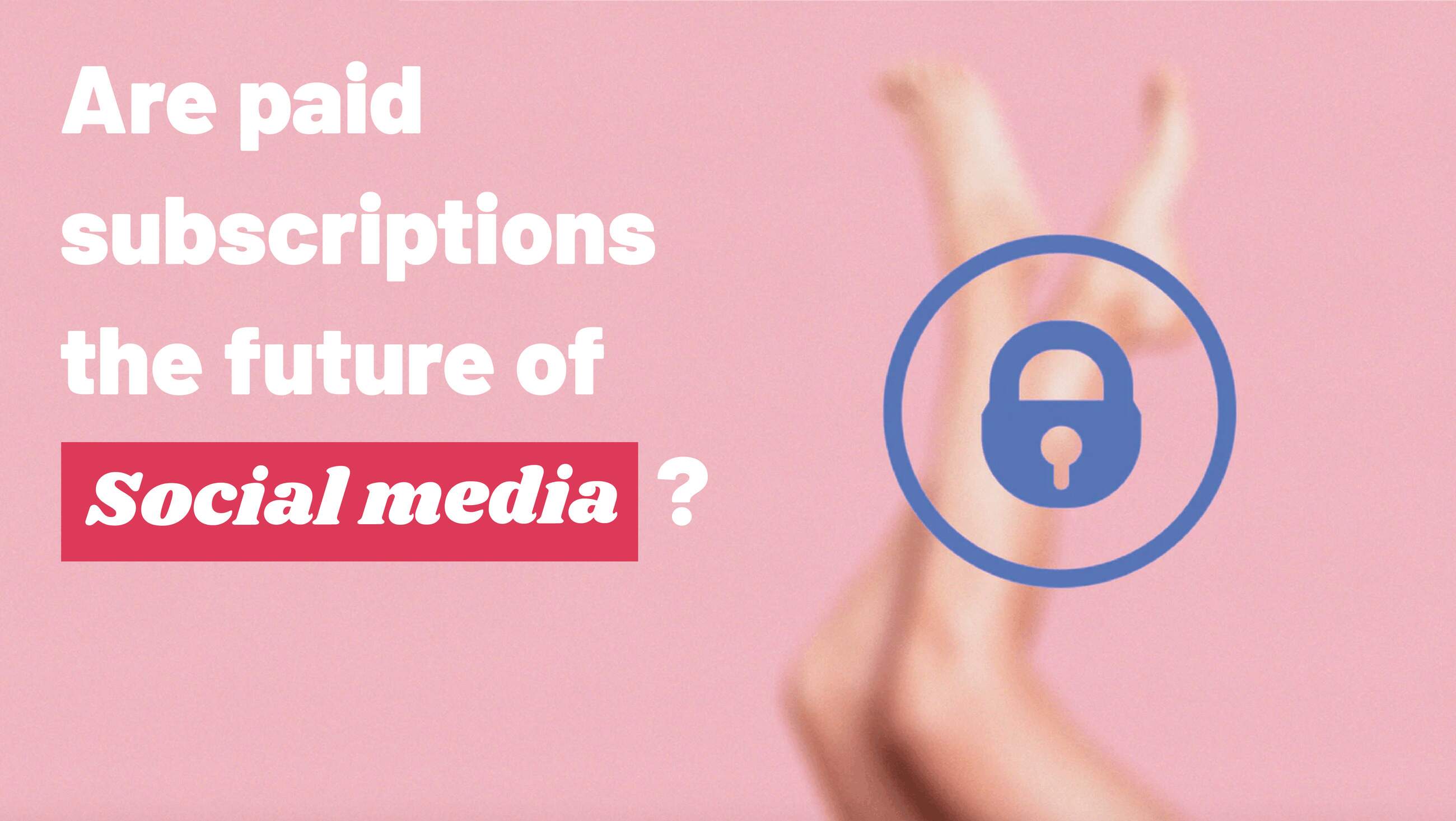 Scary news, isn't it? And yet this is surely what is likely to happen...

With the latest IOS14 update that allows blocking targeted ads, Mark Zuckerberg threatens users to make its applications paid. You must have seen this page appear when opening Instagram with IOS 14, this new version requires to accept the different permissions:

🏭 Support businesses that rely on ads to reach their customers.

By agreeing to these terms, you allow the apps to collect information about you and better target you with ads personalized to your interests and needs. This is a big part of how these apps make money and why the Apple update has both platforms very worried. 😥

The monetization of applications evolves with time, we could see in particular with Twitch, the donation system democratizing within applications: the viewers being able to reward the streamers directly during their lives. 💰

For a few years, some applications have opted for a brand new economic model: the paid subscription. And there's no need to say, it works! 🔥

But could this system of paid subscriptions become the future of social media?

You must have already heard about them, these paid subscription applications also offer adult content. These are applications like OnlyFans, Top4Fans, and others that offer similar services.

A quick explanation for boomers 🧓👵 :

Founded in 2016, OnlyFans is a subscription-based online photo and video content hosting service. Content creators can earn money via the platform from their "fans" through monthly subscriptions, tips, or pay-per-view.

The app is mainly known for its suggestive and nude content and does not cater to minors (hence the paid subscription). 🔞

Seeing the success of this application, we have observed the emergence of new applications respecting the same principle and financing system.

This is the case of the French version: Top4Fans.

This new business model is seductive and it's quite normal because it is very efficient: 85 million users on OnlyFans and 1 million connections last January for the young French version! 🤭 It's a growing market that proves itself a little more each year. This tipping system was already in force on the famous platform Twitch, which following some drifts of teaser streams had to strengthen its conditions of use.

This funding system based on rewarding content creators in my opinion will not be able to survive on platforms like Facebook, Instagram, or Snapchat because we have been using them for far too long for free. The change in a habit would be too much and users are not likely to want to comply. 🙅

An alternative would be to offer a paid subscription that removes ads like YouTube or Spotify already do.

To simply answer the question, here's what I think:

💰 A paid subscription to access creator’s content: on adult apps, yes. But not for other social networks!

💰 A tipping system to reward creators (like on Twitch): a big yes!