From the most followed soccer player on Instagram to smaller soccer content creators... Why should you plan a partnership with a soccer influencer? 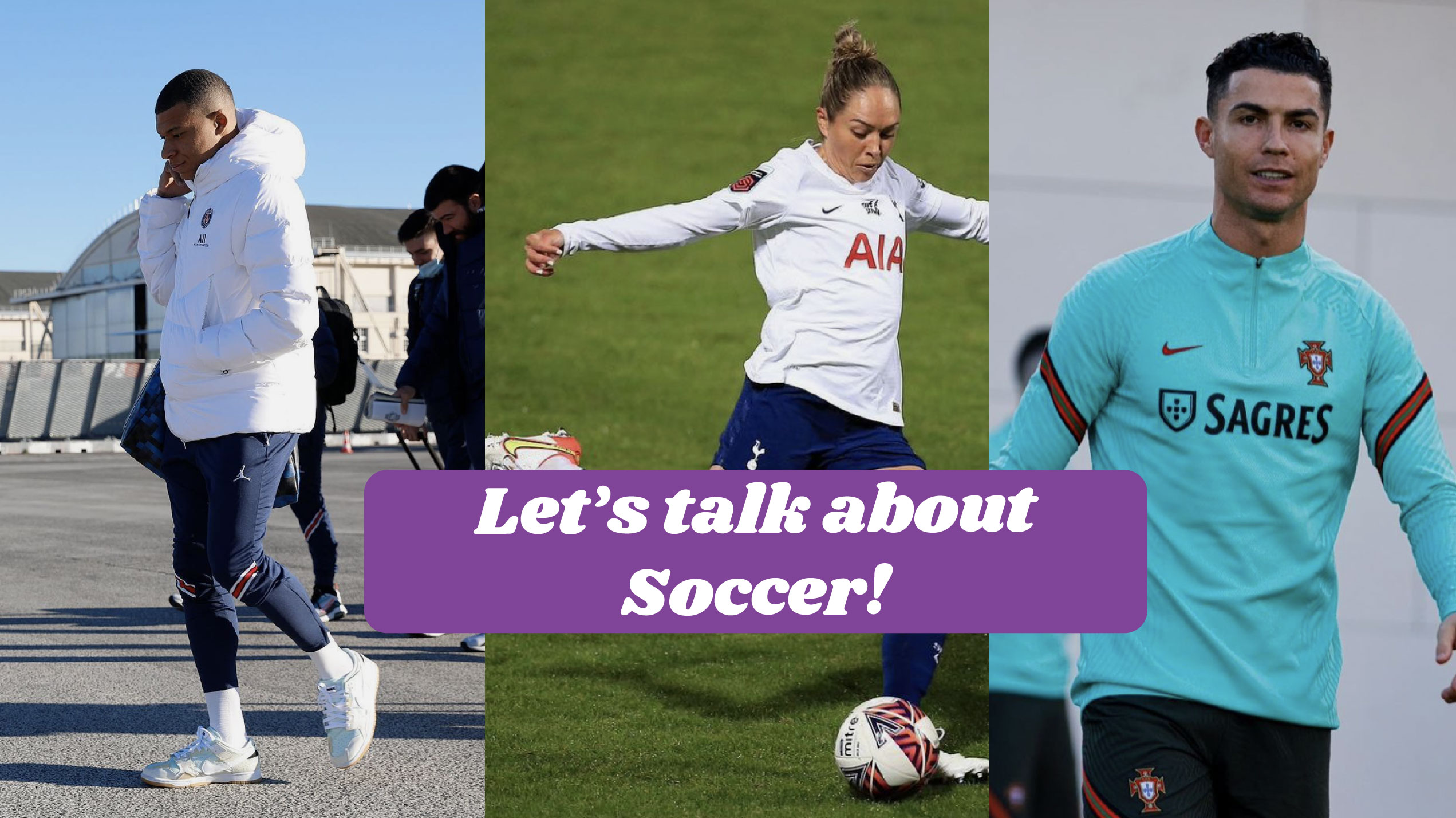 Soccer players play a huge role on social media as the soccer community is massive. From Soccer players and soccer enthusiasts to soccer fans, users are attracted to this sport for different and various reasons. For some, soccer is a passion, they are themselves soccer players and thus follow soccer accounts and famous soccer players (their role models). Then there are the fans, and let's be honest, you don't need to play soccer to be a fan of Cristiano Ronaldo and want to follow him on Instagram.

So let's have a look at these categories!

Let's start with famous soccer players! They are worldwide champions, internationally known for exceeding in their career as professional athletes. In other words, they have become famous personalities, which means their community includes soccer enthusiasts and their own fans, following them to get insight into their day-to-day lives.

Firstly, they are considered famous soccer players, not soccer influencers. They share moments of their daily life with their family and friends, moments of their careers, experiences, and victories… Just like pop stars, famous actors, or successful business personalities. Their primary focus is their career, and social media is a communication channel they use to take their community along during their journey. ✈️

Careful, this doesn't mean they are not considered content creators! Most soccer players have partnered with brands and shared their influencer campaigns on their social media accounts. This takes us to our next point: their content. Experienced influencers know that you must build an aesthetically pleasing feed to attract an audience. Choosing a color palette, a category, a particular format, or any specificity that helps create a regular and consistent feed. Thus, a soccer influencer could share soccer pictures, reels of their training, videos of tricks they've learned, tutorials, etc.

However, famous soccer players don't have a usual influencer feed. People follow them to get an insight into their dream life: traveling in a jet, family vacations, training with other famous soccer players, etc. 👀 Thus, their feed has a different purpose than an influencer's, their main objective is to share authentic content, and that's why it works!

Even if you don't follow sports, we've all heard of them, so here are the top 5 most followed soccer players on Instagram!

In the first position, it is the one and only Cristiano Ronaldo! (My personal favorite). He is the most followed soccer player, he is also the most followed influencer in the world on Instagram! 🤯 Known for his incredible career, he shares many pictures of his matches, victories, and training, but he also shares many moments with his family. Just as expected from the legend, Ronaldo has a 5/5 Favikon Score!

In second place comes Lionel Messi! 318 Million followers and a 4.2/5 Favikon Score! Keeping a good engagement rate with so many followers can be challenging, yet Messi accepted the challenge with an excellent comment/like ratio. This is quite important for partnerships as collaborating with such a famous personality will bring visibility, but it's an important plus if they also have a good engagement! It means that their community not only follows their journey but also interacts. Thus there is a greater commitment.

Next on our TOP 5 comes Neymar! (second personal favorite 🙃). With a 4.3 Favikon Score, an excellent account activity, content diversity, and engagement rate, Neymar is rocking it! His feed is 100% soccer, from matches to training, and he has also done a few partnerships like his latest collab with a limited edition of Pumas.

David Beckham comes in fourth, with a great Favikon Score of 3.2 and 72.1 Million followers. This professional soccer player's Instagram feed revolves more around his personal life: times he shares with his family and dogs and has soccer content as well. He recently posted a few pictures of his son's marriage, a very special day that he shares with his audience. As said previously, soccer players provide authentic content, and Beckham is the perfect example!

Fifth most followed soccer player but number one influencer with a 5/5 Favikon Score, a round of applause for Kylian! With an excellent engagement rate, account growth, and audience quality, Mbappe has done various collabs with luxury houses, magazines, and so on, such as Dior, Paris Match, etc. 😎

Advantages of partnering with soccer influencers

Now, on to the second category: soccer influencers! These content creators are all about sharing their experiences, best tricks, and tips… In other words, they create content exclusively for their social media. Posting original and creative content builds a specific audience, mostly soccer enthusiasts rather than soccer players’ fans.

Partnering with these influencers has many advantages!

Working with famous soccer players is a great way to gain massive visibility, but it’s also quite an investment. As they grant access to a large audience, a single post is worth thousands, so unless your enterprise can cover the costs, we advise you to target smaller accounts! Since the soccer community is vast, one can find great influencers of all sizes, with a price range that can suit a small business just as much as a larger entity.

Soccer influencers are from worldwide, thus, collaborating with one means reaching a specific audience. Most of the time, smaller accounts will have an audience located in the same region, so if a brand’s target market is located in France, per se, perhaps the best strategy would be to collaborate with a soccer influencer from the same country. Moreover, with the Favikon Discovery feature, you can look at the influencer’s audience age range, gender, and city. Thus if the advertised product targets women, the brand can choose the influencer with a higher percentage of women in their audience.

As content can vary greatly from one influencer’s account to another, you have a great chance to find a soccer influencer with content that matches your brand. It can be related to the values they share, the aesthetic of their feed, their professional background, the formats they use, or any other specificity.

Finally, by working with a soccer influencer, you have a greater chance to stand out from your competitors and grab their audience’s attention. How? Simply by verifying they haven’t partnered with your competitors. And Favikon makes this step easy by sharing all the brands the influencer has tagged in his posts.

As we have shared the advantages of collaborating with soccer influencers, here are a few accounts with fantastic content! 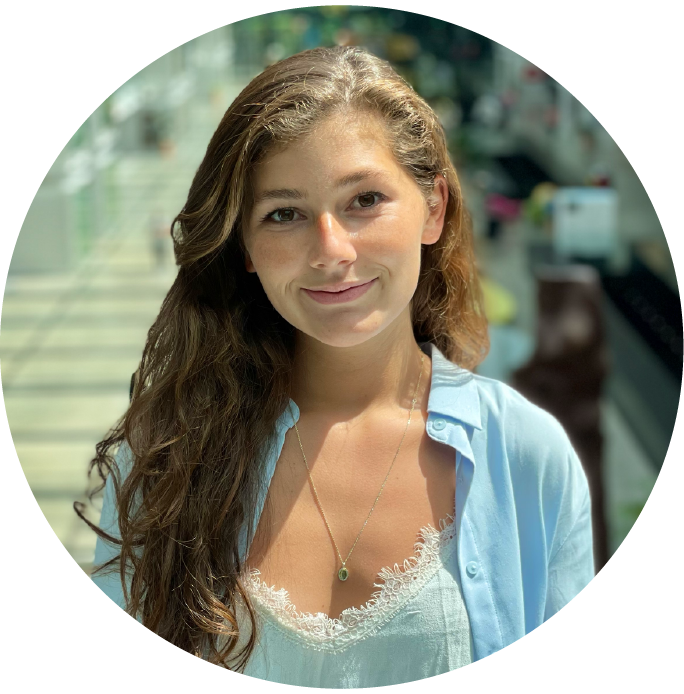 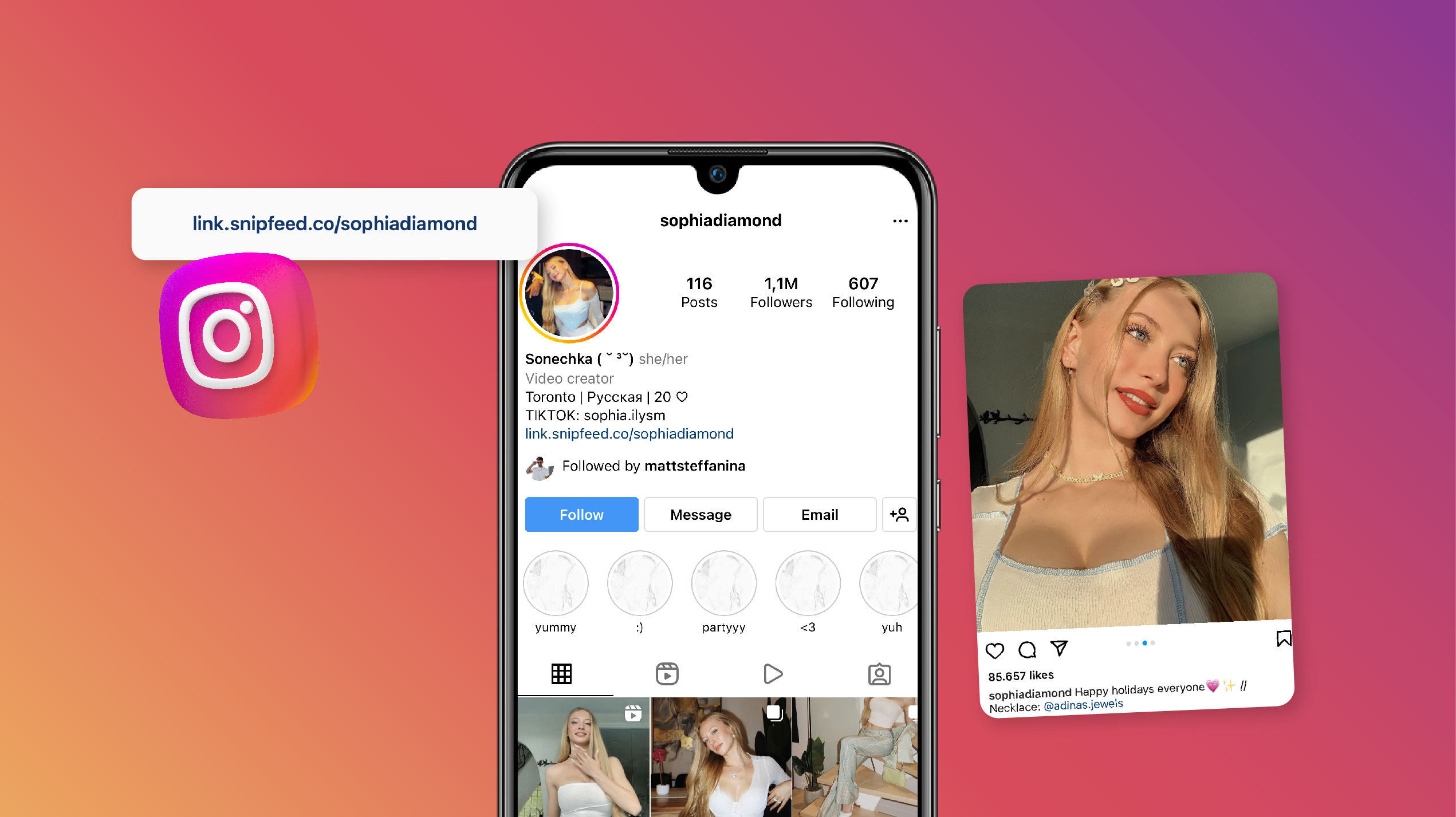 How to optimize your influencer campaigns

Today, we explain which tools to use to optimize your influence campaigns! 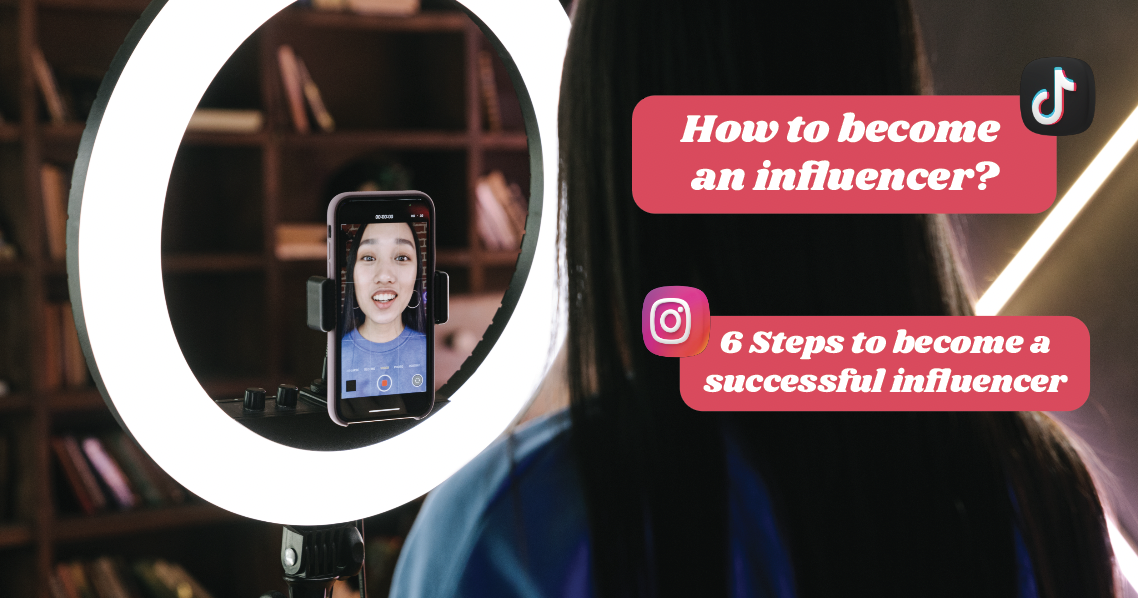 How To Become An Influencer: 6 Easy Tips To Follow

Becoming a content creator doesn’t happen overnight! Here are 6 steps you can follow to become an influencer. 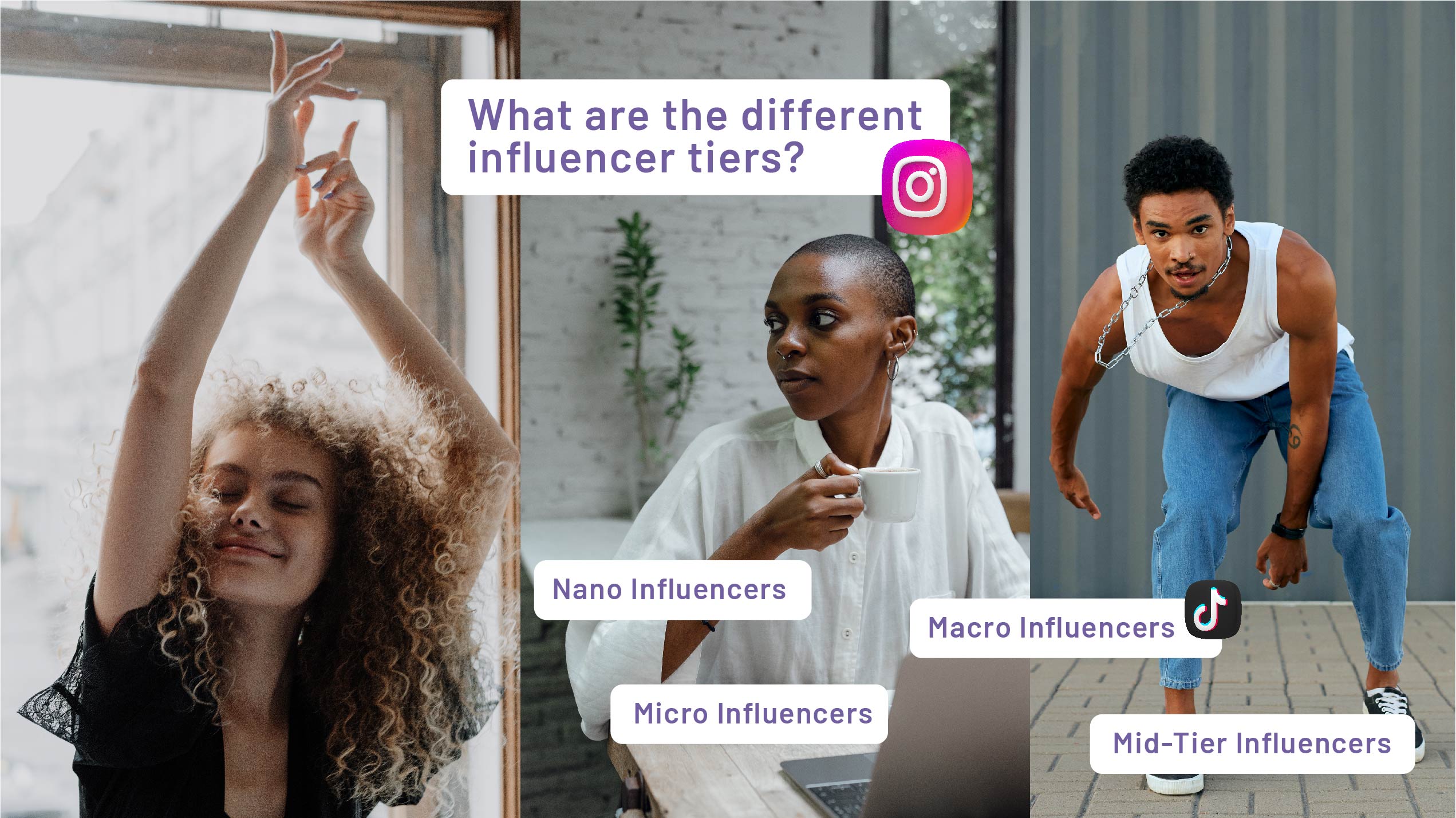