TOP 10 most expensive influencers in the world

Here are the most expensive influencers in the world. Between beauty influencers, famous actors and TV shows... Who is the best paid? 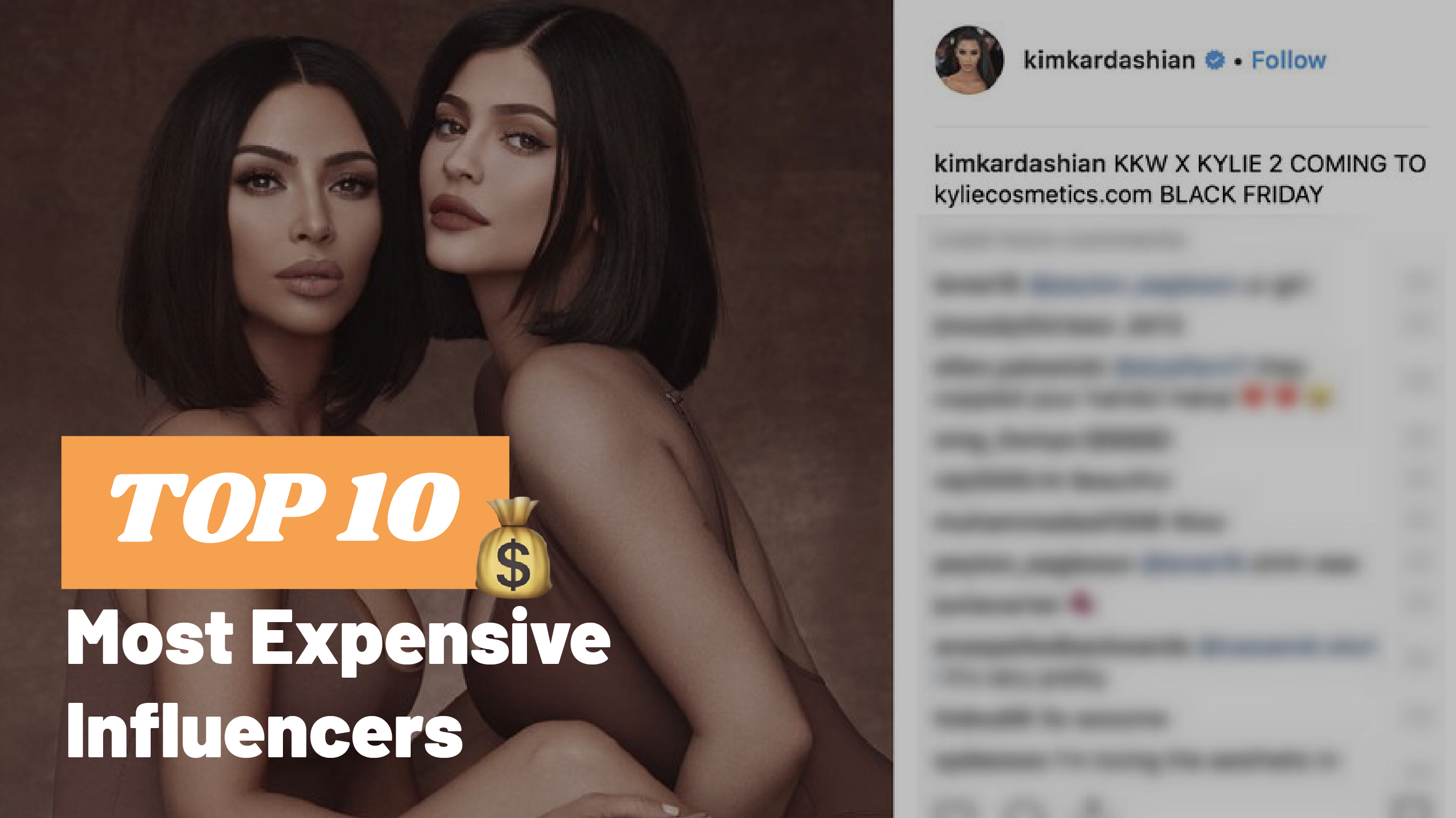 Oh…oh… looks like you might want to call your banker before collaborating with these influencers. They surely ask a lot of money for only one social media campaign, but their audience is huge and could have an unbelievable impact on your business. One mention or tag from these influencers could mean thousands of visits on your website, an important growth of followers on your social media, and more sales.

This will also have an impact on your brand image, people will associate your brand with these influencers. So who are the most expensive influencers? Keep reading to find out!

These superstars that you all know accumulate an astronomical number of followers on social media. So among all these models, footballers, singers, actors... find the 10 most expensive influencers on Instagram! 🤑

🥇The Portuguese soccer player with the golden ball is by far the King of Instagram. This means that he is the most expensive influencer on the market. But at this price you can also buy fifty Porsches... 🥴

🥈This singer with the golden voice is the most popular woman on Instagram 😎 with a very young and overwhelmingly female audience. She won nearly 5 million subscribers after announcing her engagement last month!

🥉Impossible not to find a representative of the Jenner-Kardashian empire on the podium. This influential woman, just 23 years old, was recently recognized as the youngest billionaire in history (and at 4.3M dollars for the media campaign, we understand why!). Here's an anecdote, she had previously held  the record of the most liked photo on Instagram (+18M from ❤️)

Despite a low engagement rate and high saturation rate, The Rock still ranks high with marketing campaigns of up to $4.3 Million! And yes, even Instagram's big stars can be badly rated: you can boast that you have a better Favikon rating than The Rock 😯

Singer and actress Selena Gomez is breaking records on Instagram. A platform that she left in 2019, judging that it had become dangerous for her mental health. 🤯 A nice reconciliation with the app where she now works regularly. 🤝

A bit of diversity in this very North American landscape with this Argentenian footballing legend ⚽️.  However, his audience does not seem very clean: 26% suspicious subscribers 🤭

A few places behind his ex-girlfriend Selena, the singer who has been on the platform for many years deserves his place in the top 10.

Recently married to the model Hailey Baldwin, they made their relationship official on Instagram a few years ago 💍

Never two without three, the Kardashians are decidedly at the head of the Instagram empire! The 25 year old model has a string of partnerships for prestigious brands such as Givenchy or Burberry. Will she surpass her 2 sisters in the ranking? To be continued...

Which one surprised you the most? Will you consider working with mega influencers like them in the future? If you do, keep in mind that an influencer should match your brand. Just because they have a large community doesn’t mean they will get you a high conversion rate but if your goal is only to gain visibility, then go for it! Your choice of influencers should match your objectives and your brand image.

How to estimate the cost of an influencer?

It is difficult to find the right price for an influencer because of all the data that is involved. The prices given here for the largest influencers in the world are prices that some brands have paid but it will not be the same for another brand and another project.

To define the price of an influencer you have to check :

Another thing that can change the price is the type of campaign. If the project interests the influencer personally, if you are paying for a big trip... All this information can lower the price of the partnership!