10 influencer marketing mistakes that have cost brands and influencers dearly! 🤭❌ 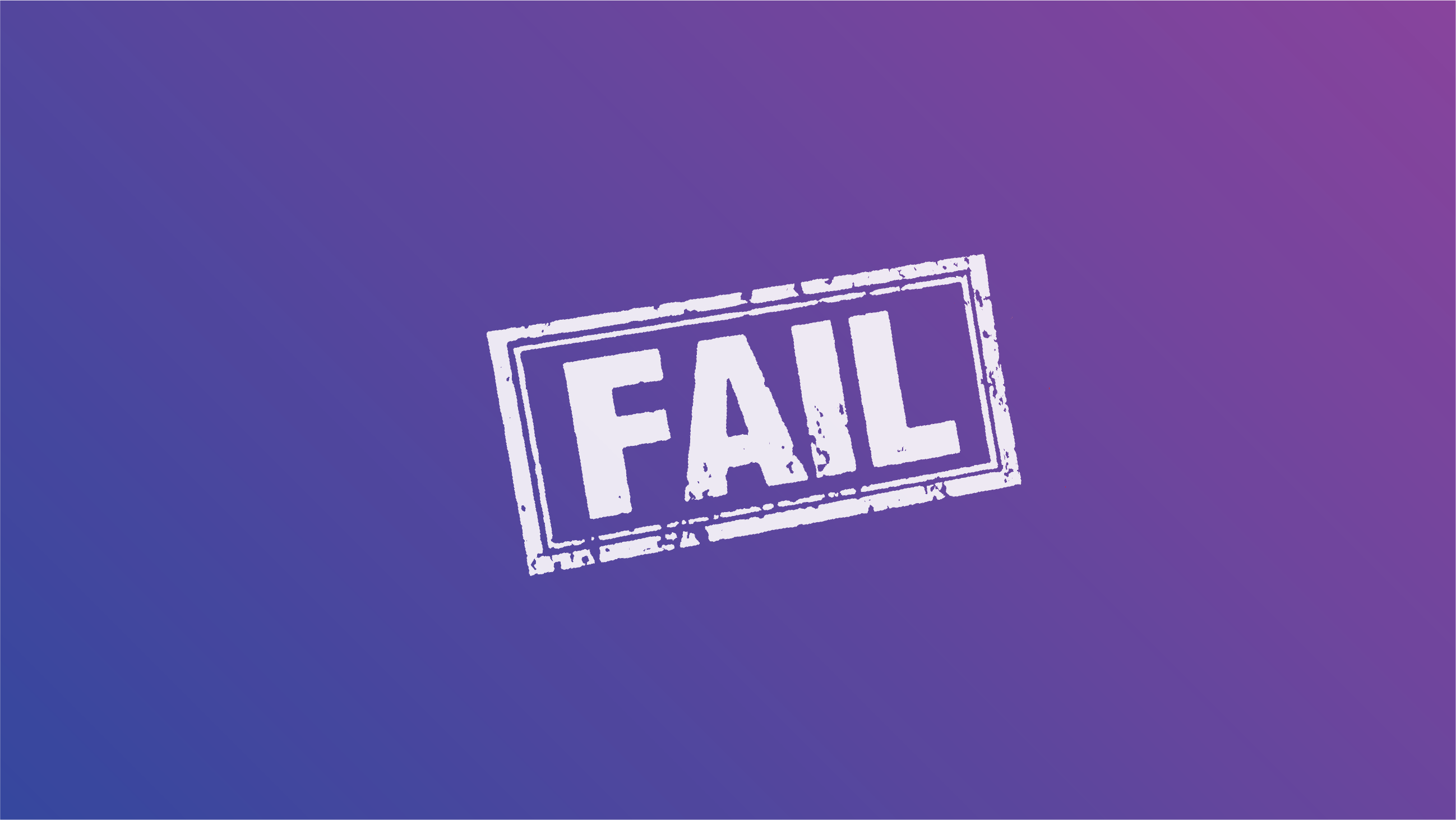 To prevent you from making grave mistakes while setting up an Influencer marketing campaign, we decided to highlight some of the “fails” within the industry.

Here are the 10 most common mistakes that brands and Influencers make during campaigns. There are many more than that because human stupidity is infinite 🤩

1. When the product is misused 🤦

And yes, when you don't give enough information about the product you're selling, or not enough time for the influencer to take ownership, this is what happens...

In this photo, French influencer Maeva Ghennam clearly didn't understand how this... jawbone enhancer worked? But she's not the only one, as the mistake has been reproduced many times for this product. This suggests that it wasn’t the Influencer’s fault, but the brand’s.

Prevent yourself from being in such an embarrassing situation by briefing your influencers properly and giving them enough time to understand and have their own opinion on how to promote. This will lead to more relevant and authentic product placement.

With this kind of publication, we reach new heights! Influencers who take advantage of a dramatic event to promote products are certainly the most execrable thing we've seen.

In the post below, this French influencer doesn't hesitate to praise the merits of teeth whitening while referring in the same post to the recent death of a friend, also a reality TV candidate. The post has since not been deleted, but the product placement has been removed following the numerous criticisms on Twitter.

of this opportunism was during the 2018 California fires that destroyed hundreds of homes and caused 84 deaths. These influencers had used the hashtag #prayformalibu to do their self-promotion on posts that had nothing to do with the event. Since these hashtags were "trendy" at the time of the post, they did indeed generate more traffic on their Instagram posts, but at what cost? Well, at the cost of being completely ridiculed on Twitter... And it was well deserved!

So before letting the influencer post, ask to see the publication and the description, because this kind of mistake can be very costly, both to the influencer and to your brand image!

Typos can happen, but then when it's big, it's hard to understand how it got through. 🧐

In these posts, the captions were directly copied and pasted, without proofreading, and it's striking!

Influencers Scott Disick and Naomi Campbell didn't bother to delete the message sent by the brand asking them what to do. And of course, the icing on the cake, the partnership isn't even mentioned (although given the error, you can guess it very quickly 🤦)

This error brings 2 problems along with it :

👉 The lack of credibility of the brand: If the influencer simply copies and pastes the directions of the brand, it certainly destroys the authenticity of the product recommendation.

👉 Lack of authenticity: Writing the caption for the influencer is certainly ensuring he has control over what will be posted, but it doesn't necessarily respond to his universe and artistic direction. His community will realize it and your collaboration will seem like a simple commercial.

Unfortunately, this kind of concern is hard to control when you are a brand because the mistake comes from the influencer's lack of attention.

4. The non-transparency of the partnership 👁

We can't repeat it enough, but the transparency of a partnership, beyond being beneficial for the image of your brand, is also MANDATORY.

And yes, we still see a lot of disguised partnerships, and so much the better for those who managed to slip through the cracks, but that wasn't the case for everyone.

In 2015, YouTubers Dan and Phil of the AmazingPhil and Dan Howell channels posted a "Lick Race" video, the concept being to lick the cream off of one's Oreo as quickly as possible. The video, which has since been deleted, did not explicitly mention the partnership with Oreo, even though it is the central topic of the video. This hidden partnership created a huge bad buzz on the networks, especially Twitter, towards the two video makers and Mondelez.

A lesson from this bad buzz: make sure the influencer mentions the partnership in his post, video, blog, etc. The first step is of course to mark it in your contract!

To learn more about partnership transparency, I invite you to read this article: Keys to a Transparent Social Media Campaign.

5. The irrelevance of the influencer's choice 👎

So paying one of the biggest influencers to promote your product, why not... But then, I didn't understand. But since a picture is worth 1000 words, I leave you with the video :

Seeing this ad, there is only one question that comes to my mind: Why did Ronaldo end up selling this thing?

Beyond the fact that we know that if Ronaldo has a well-shaped jaw, it is certainly not thanks to this object, paying millions for an influencer who has no relation with what you sell, is not necessarily the smartest financial investment. So yes, you will make views, because it's Ronaldo, but not sure that the sales you will generate will make what you paid for your partnership (which we estimate around $ 5 million)

For this kind of collaboration, a beauty influencer would certainly have been more in the theme (and also much cheaper!)

Before rushing to the biggest star you know, look for an influencer that is in line with your values and what you sell. For that, the Favikon tool will be of great help and will allow you to find the nugget that will make your influencer marketing campaign take off!

Seeing this Instagram post I had a hard time believing it, but yet, it was well posted!

The Egyptian influencer Sarah Elshamy who had participated in the commercial of the phone brand Huawei, posted a picture from behind the scenes, shortly after the filming. But there was a small problem because the photo in question shows a professional camera shooting the ad while the brand was boasting the quality of its selfie camera. The Internet went crazy, and although the photo was deleted, the failure remained in the minds ...

Unfortunately, no advice to avoid this kind of mistake, because in my opinion it is a matter of common sense, and unfortunately, it can't be learned!

7. Forgetting the transparency of a product's effects 🤒

When Kim Kardashian forgot (voluntarily or not, we do not know) to state the side effects of a pharmaceutical product that she was promoting, Instagram went crazy.

Indeed the influencer has violated the law on prescription drugs. Following the post, the FDA ordered Kim K to remove her post.

Don't forget to make sure your influencer is following the rules of marketing communication for your product.

The swimwear brand Sunny Co Clothing believed in the gullibility of Instagram users. In 2017, they posted a photo on their brand's account promising a free swimsuit to whoever would re-share their photo. Small problem, since this promise was aimed at gaining visibility on this network. Indeed, we can talk about success since the brand has gained +745K subscribers in one day thanks to this post, however, the other side of the coin was not pleasant. Their subscribers who expected to receive a free swimsuit were very annoyed to learn that they had been used for promotional purposes.

A hard blow for the image of the brand, but also for the influencers who were ambassadors of this brand, and who were also affected by this marketing fail.

When controversies about the past of influencers resurfaces, it is also the brand that contacted them that suffers the consequences.

Last year, it was the brand Lacoste that suffered the consequences. After having collaborated with Romeo Elvis and Moha La Squale, the clothing brand dropped the two rappers who had just been accused of sexual assault. A bad bet for the brand that had not taken the time to assess before agreeing to associate with rappers.

Same scenario for beauty influencer Laura Lee, whose racist tweets from 2012 resurfaced after the Instagrammer collaborated with a brand.

Of course, it is impossible to know the dark past of such or such person when he or she has not been exposed yet. The only advice I could give you is to find out about an influencer's past before collaborating with him or her because you might be in for a surprise! Beyond internet research, you can also look at their stats on Favikon. If they look anything like this, you should run away!

When you give your influencers uniform text, here's what can happen, the image speaks for itself... Not sure how authentic this campaign looked to the audience. 😅