The Empire of the Best Youtubers in the World

Youtube has become a staple in our life. With content getting more and more diverse, you can now learn about cooking, gaming, watch real movies and tv shows on this platform. The types of content are endless. But what works the most on Youtube ? 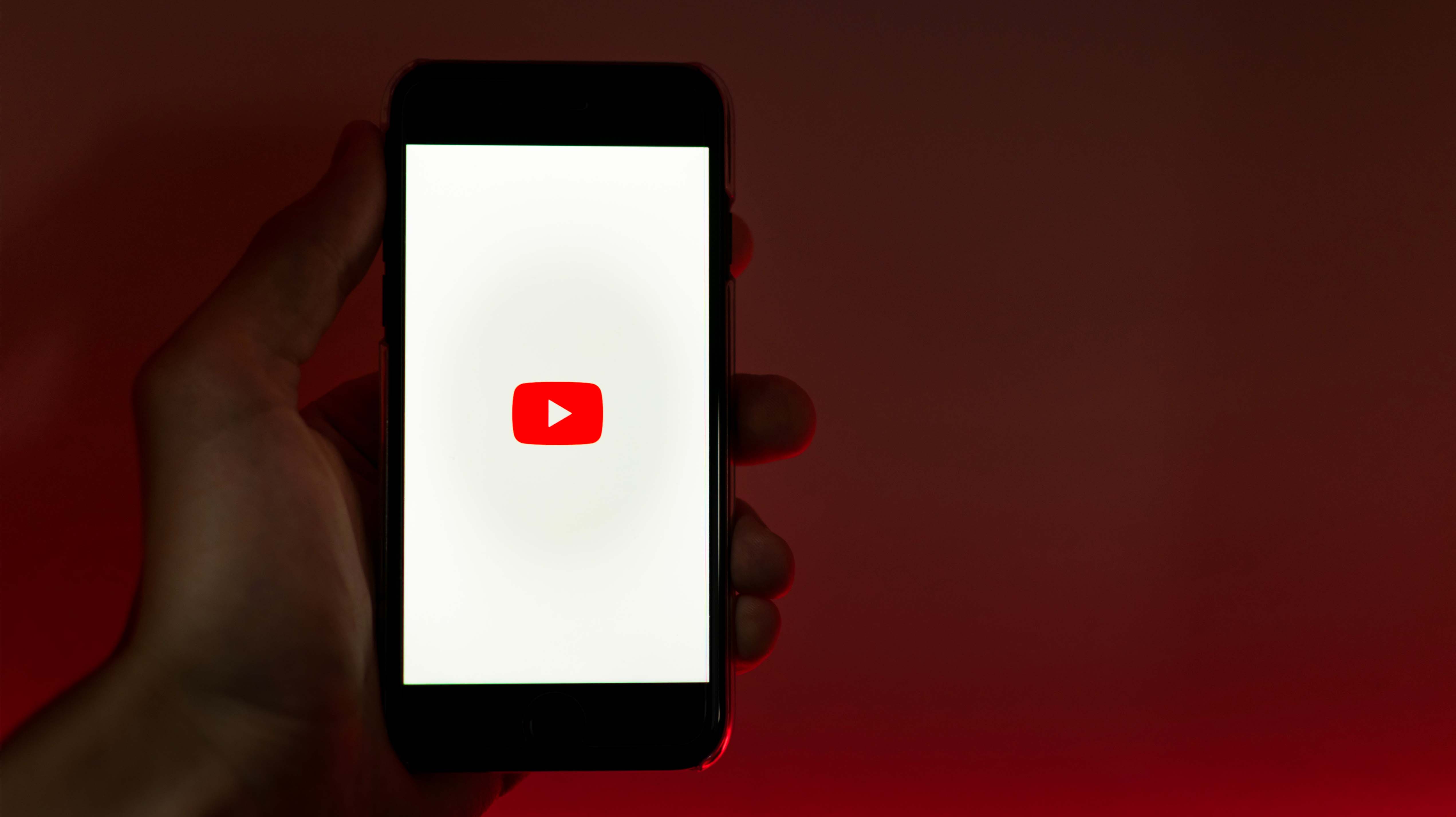 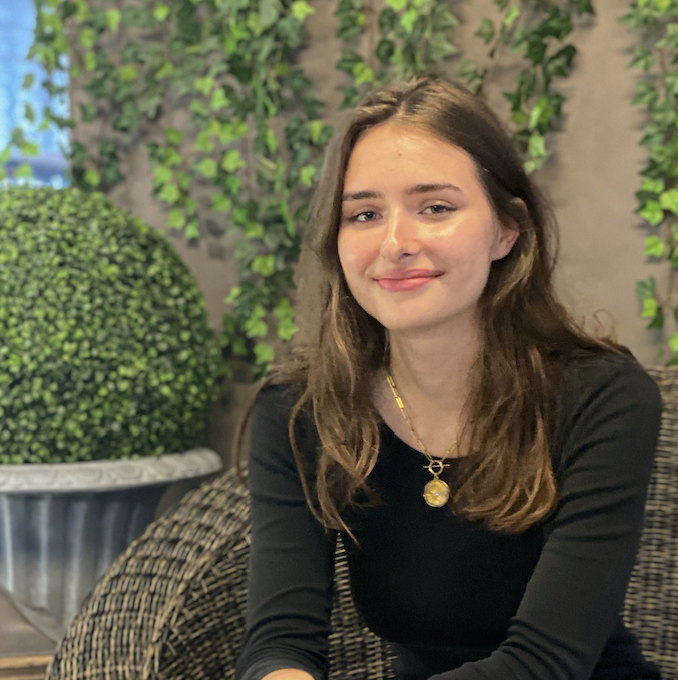 “Me at the Zoo” here was the title of the first video ever uploaded on Youtube. A low-quality video of 19 seconds, showing Jawed Karim, the co-founder of the platform, in front of an elephant pen. 🐘 16 years later, Youtube has changed a lot.

The first creators on the platform set up the rules for the future generations of Youtubers. The platform started becoming more mainstream in 2009 and became really popular in the year 2012/2013. At that time you could find music videos and videos created by YouTubers. For most of them, the concept was simple: filming themselves in front of a camera while talking about things they loved. The editing was simple, mostly focusing on cuts, and the camera was sometimes out of focus, but what really struck viewers was the genuineness of the YouTubers.

People were now able to find other people that share their interests.

Most YouTubers started making videos because they didn’t have many friends in real life or because they felt like an outcast. Aiming to find people like them, or simply meet new people, they decided to create videos. Being relatable and accessible, helped those creators to create a strong and loyal community.

Over the years, videos became more professional and more impressive. Far from a teen making videos in his bedroom, YouTubers now have a real production team to help them make their videos. 📹

From short films, documentaries, to music videos, Youtubers can do anything, and don’t impose themselves any limits. It is no surprise if new generations tend to watch TV less. Youtube offers creators the freedom to create any type of video and this also seduces viewers because, unlike TV, they can find content that matches their interests, and the algorithm even helps them with that.

Which YouTubers are the most successful?

But in this infinity of videos, which creators stand out from others? Which types of content are the most appealing?

If we have to sum it up in one word, we would say entertainment! But there are obviously sub-categories to that.

With 110M subscribers, PewDiePie is one of the biggest YouTubers in the world.

His success rests on his cutting humor, his dynamic editing, and the topics of his videos. While many know him as a gamer, his content is actually way more than that. What really attracts the most views are his videos on the internet and pop culture and his reactions to other YouTubers videos. Some have questioned his success, claiming that he mostly capitalizes on other people’s content. Whether we like him or not, there is no doubt that PewDiePie has created his own identity and while many tried to copy his sarcastic tone, nobody was able to outperform him. 😎

Another YouTuber that gets everyone talking is MrBeast, who counts 84.6M subscribers. He started his Youtube channel at only 13 years old in 2012, but started gaining popularity in 2017 when he decided to upload absurd videos such as “counting to 100 000”, “Watching ‘it’s everyday bro’ for 10 hours straight”. However, his channel really exploded with sensational videos such as “I ubered random people in a tank”, “Offering people $100 000 to quit their job”, or more recently “$456 000, Squid Game in Real life”. Many people are admiring his generosity as he reinvests a lot of his Youtube revenues into the production of new videos, and giving money to people.💰 Other people pointed out the perversity of some of his videos such as one asking people to quit their job or drop out of school in exchange for money.

Music is also a flourishing category, the Youtube channel T-series, owned by the Indian music label of the same name, is the channel with the most subscribers on the platform. Many artists also have a high number of followers such as the K-pop group, Blackpink with 70.4M subscribers, or Justin Bieber's with 66.5M subscribers. In another genre, there is Cocomelon which creates songs for children and counts 123M subscribers.

Talking about children, child YouTubers are extremely popular, with more than 4 channels being in the Top 15 most subscribed. 🧸 For instance Kids Diana Show counts 82.6M subscribers and 65B views, but how can we explain such a success? First, the impressive number of views can be explained by the fact that children are more likely to rewatch a video they have enjoyed. As for the number of followers, children relate a lot to these YouTubers because they are just like them. They see them as one of their friends. Thus when older viewers tend to purely consume content, younger viewers like to get involved and feel close to their YouTubers.

The last category that works well on Youtube is tutorial and fun facts.

Channels like 5 minutes craft (74.8M) or Bright Side (42.5M) gather millions of subscribers. Perhaps the success of these channels is debatable, with clickbait titles and visual, questionable hacks, and so on. But who has never been caught watching these videos? We surely plead guilty. However, the popularity of these channels is the direct result of what people enjoy watching: quick, fun, and entertaining. At the end of the day, most everyone that watched these videos won’t recreate their hacks or won’t even remember the fun facts they heard, what matters is that they were entertained.

And that is really the key element to being successful on Youtube. You could be talking about politics, tricks to clean a carpet, or greek literature, you will definitely grow a community as long as you’re engaging. Mukbangs and ASMR are the perfect examples that you can be entertaining while doing simple things.

What is the future for the top-tier YouTubers?

We have seen in the past very successful YouTubers become less popular. They were on top of their game, and suddenly their viewers lost interest in their content. Back in 2014/2016, many YouTubers like Zoella, Thatcher Joe, or Shane Dawson were extremely popular. They were gaining so much popularity that they were even offered projects for television or cinema. But nowadays their videos aren’t getting as many views or else they have completely stopped Youtube. Why is that?

Youtubers’ success relies on their reliability and genuineness.

Unlike celebrities, people can actually identify with them. A lot of YouTubers tend to lose their relatability as their channel grows because their lifestyle is also evolving. Obviously, it also depends on the type of content that they produce. Jeffree Star does a lot of videos exposing his wealth but it’s not shocking because he is extravagant. But when Shane Dawson does a video on Jake Paul’s life acting shocked when he discovers his house, while saying “he is poor”, it annoys his audience. Shane’s channel counts 20M subscribers and his videos always make millions of views, so calling himself poor doesn’t make sense.

So is the fall inevitable? 🤔 Well no, people like Emma Chamberlain haven't shown that you can be successful and still be relatable to your audience. While Emma is often invited to fashion shows and events, she is also very honest about her mental health and doesn’t filter what she does on her videos. You will see her crying, burping, drinking 10 coffees a day, simple things that we all do every day.

To sum up, the key to lasting on Youtube and being successful is to be genuine and being consistent with your content. 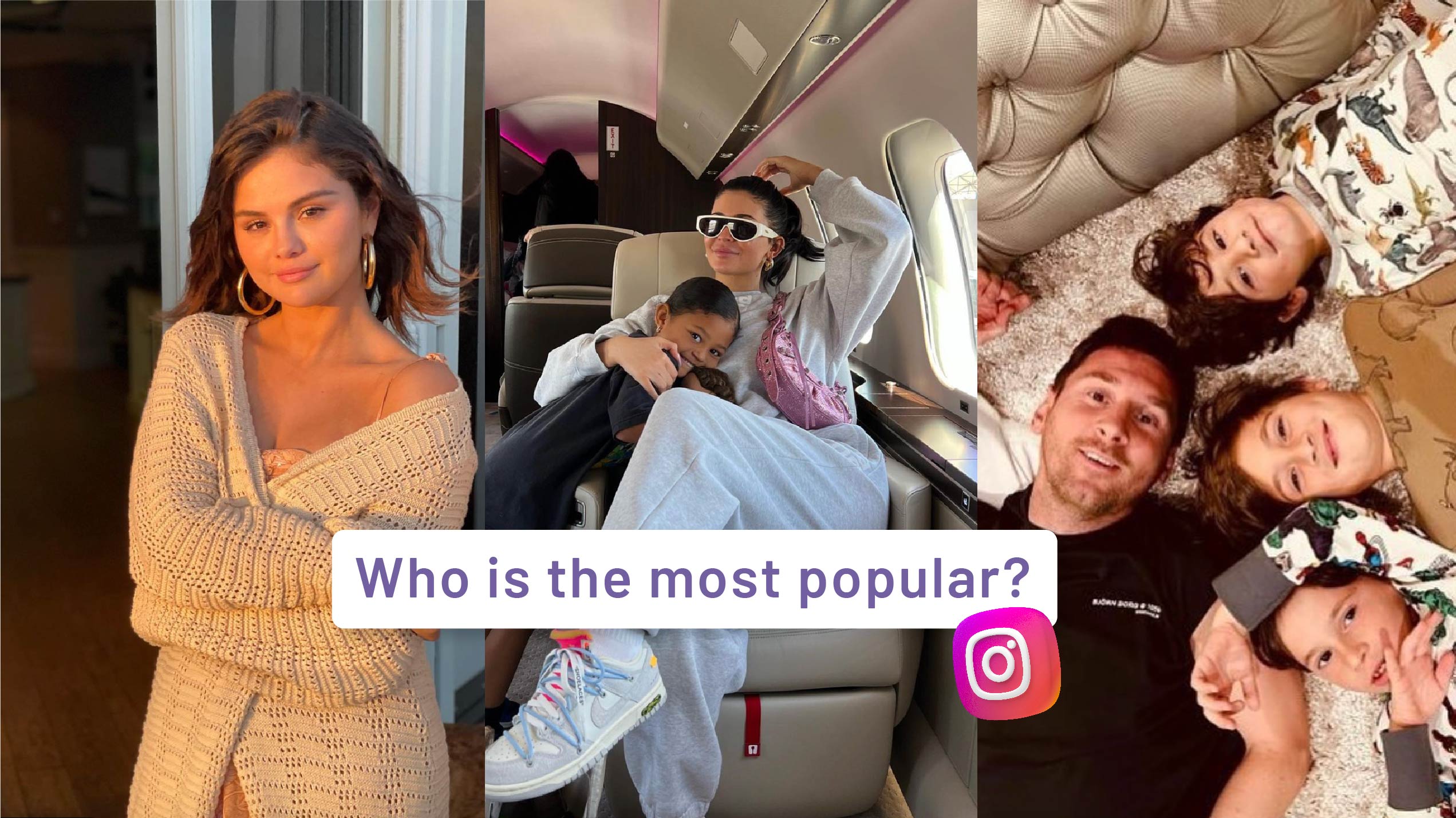 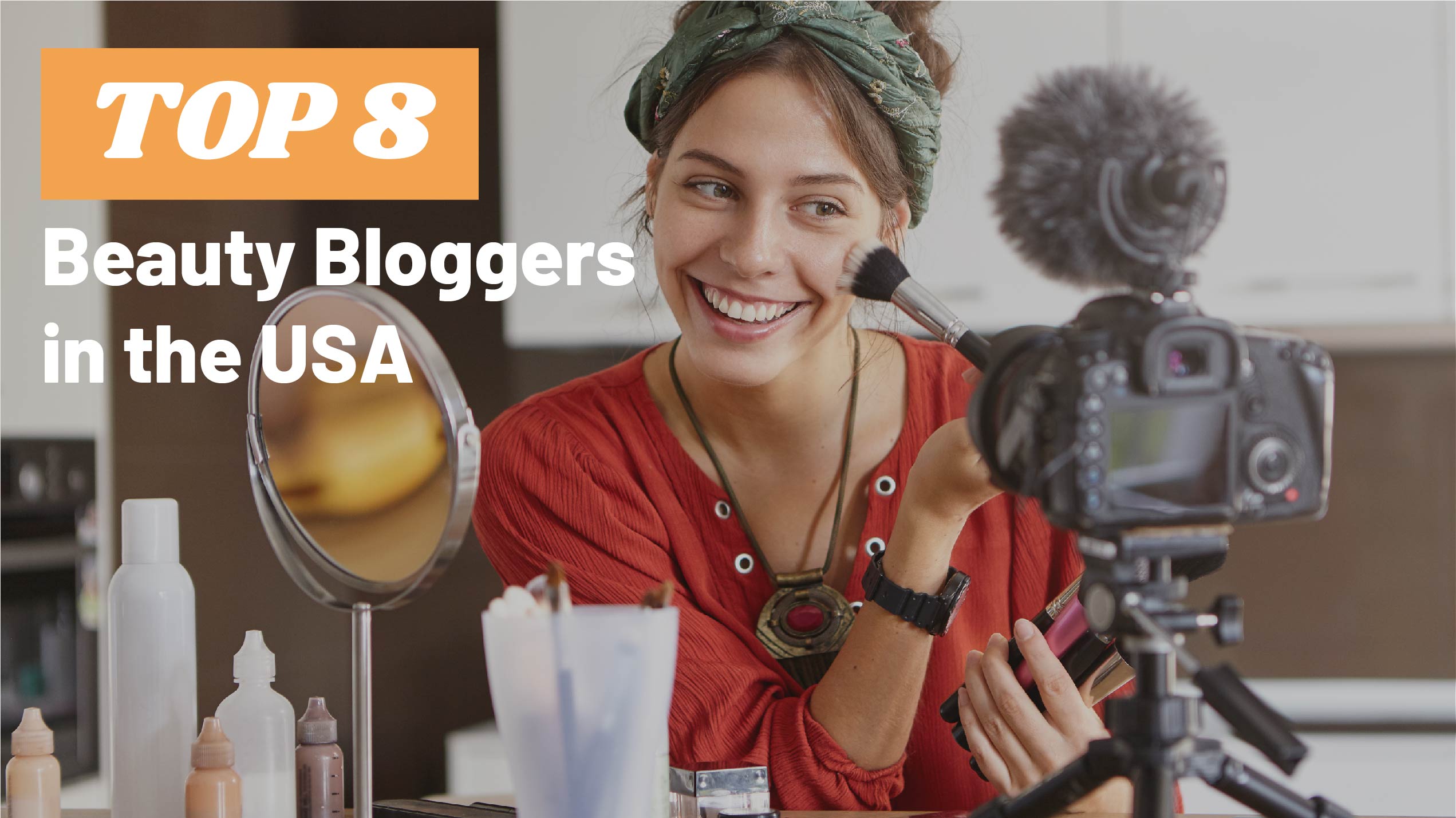 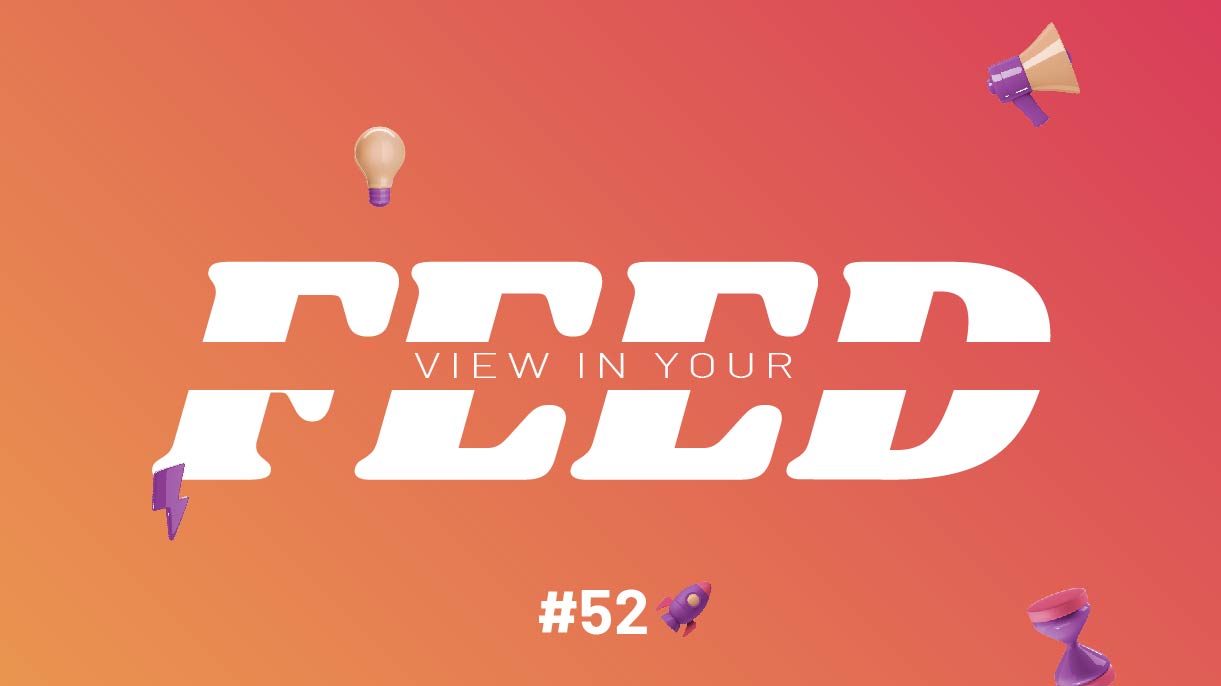